We use cookies to ensure that we give you the best experience on our website. Read More...

Gray Wolves are very intelligent creatures and typically dominate other canid species in areas where they both occur. They have developed the capacity to survive in the most inhospitable of climates.

They are highly territorial animals, and generally establish territories far larger than they require to survive in order to assure a steady supply of prey. Territory size depends largely on the amount of prey available and the age of the pack’s pups, tending to increase in size in areas with low prey populations. Wolf packs travel constantly in search of prey.

Wolves defend their territories from other packs through a combination of scent marking, direct attacks and howling. Scent marking is used for territorial advertisement, and such markers can last for weeks.

Although social animals, single wolves or mated pairs typically have higher success rates in hunting than do large packs, with single wolves having occasionally been observed to kill large prey unaided.

A gray wolf hunt can be divided into five stages:

Locating prey: The wolves travel in search of prey through their power of scent, chance encounter, and tracking. Wolves typically locate their prey by scent, though they must usually be directly downwind of it. When a breeze carrying the prey’s scent is located, the wolves stand alert, and point their eyes, ears and nose towards their target. In open areas, wolves may precede the hunt with group ceremonies involving standing nose-to-nose and wagging their tails. Once concluded, the wolves head towards their prey.

The stalk: The wolves attempt to conceal themselves as they approach. As the gap between the wolves and their prey closes, the wolves quicken their pace, wag their tails, and peer intently, getting as close to their prey as possible without making it flee.

The encounter: Once the prey detects the wolves, it can either approach the wolves, stand its ground, or flee. Large prey, usually stand their ground. Should this occur, the wolves try to intimidate it into running.

The rush: If the prey attempts to flee, the wolves immediately pursue it. This is the most critical stage of the hunt. If their prey is travelling in a group, the wolves either attempt to break up the herd, or isolate one or two animals from it.

Some wolves have been observed to drive prey onto crusted ice, precipices, ravines, slopes and steep banks to slow them down. Once prey is brought down, wolves begin to feed excitedly, ripping and tugging at the carcass in all directions, and bolting down large chunks of it.

The hungry wolf is an ultimate predator at the top of the food chain. 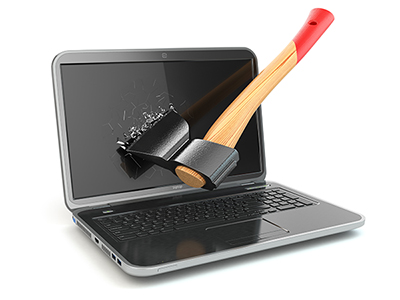